Writing code to generate custom characters on an LED Matrix module can often be a boring and tiring task. Here's a simple tool to simplify your work.

 LED Matrix How to use- 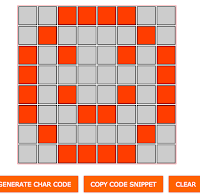 2. Wire up your Arduino board as shown below-

3. Upload the the code below and notice where the custom character code is used.

Note- If you don't have the LedControl.h library installed, you can download it from here.

And that's it! If you've done everything correctly, you should see, your LED matrix smiling at you. Sometimes it can take upto a minute to start up. 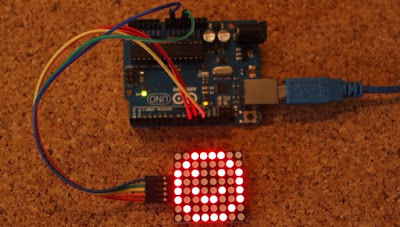 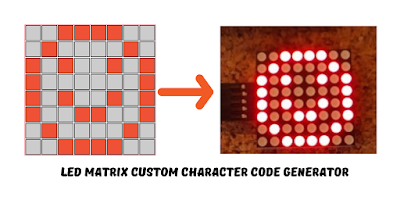 Intro to Arduino Coding and your First project!

Without loss of curiosity, let me tell you that your first project will be to blink an LED(which is inbuilt) using an Arduino.

Make sure you have the following with you, 1. An Arduino UNO or any other Arduino board 2. The Arduino IDE installed
Firstly, plug in the Arduino. Open the Arduino IDE, and select the correct port (just letting the computer know, which USB point connects to the Arduino).

Before we jump into the coding bit, lets qualitatively discuss what we want the Arduino to do, and then convert the logic, into Arduino-understandable-code.

Our aim is to blink an LED.
Rephrasing this to a simpler instruction, we can say that we want to turn on an LED and then turn it OFF...and repeat this over and over.
Unfortunately, the Arduino isn't smart enough to understand this level of abstraction. The Arduino would turn on the LED and turn it OFF in a fraction of a millisecond. So, it turns out we must explicitly tell the Arduino to wait for a second, before changing states. And thats it! C… 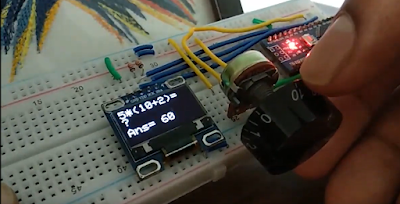 Recently, I was tinkering with a small SPI OLED screen and Arduino. It was quite interesting to see the AdafruitGFX library following the core principles of 'Processing'. Before implementing a rather not very intuitive game using the OLED screen like the snake game or brick breaker, I decided to start with a text-based game.

A simple, fun to play randomly generated math quiz! The game uses a potentiometer and a push-button for user input (though a rotary encoder would've been a more logical option). For every five questions answered correctly, the game levels up, increasing the variety of questions. The game starts with a splash screen that can be customized by using a bitmap generator.

0.96″ OLED Display Module SPI -128×64 An Arduino board A potentiometer (any value between 10k to 100k)A pushbutton 2 x 10k resistors (optional)Patience (you may require a lot of it)Here's the schematic, as always, made with fritzing (Open Source is 💙)-

If your screen seems t… 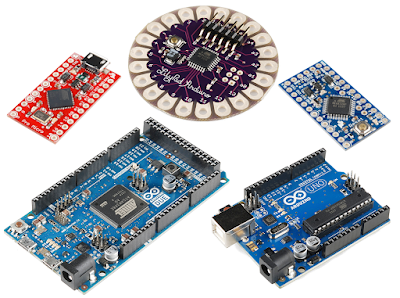 Arduino- Where to Start?

Being interested in making stuff, no matter what you make, time and then you're bound to bump into Arduino, either in social media communities or while googling. Eventually you begin YouTubing and Google-ing projects made with Arduino, to find out its applications and limits.
This article is a quick read summing up all that you should know to go about learning and understanding Arduino.


By using the word Arduino, I could be referring to several different things, which can be confusing.

1. 'Arduino' usually refers to an Arduino programmable board.

2. Or could mean the Arduino IDE, which is a software that allows you to program an 'Arduino compatible board' via USB.
3. Or maybe organisation behind this revolutionary open-source platform used in DIY electronics, 'Arduino'.

So, what the hell is Arduino and how are all things above related to each other?

Arduino is an open-source electronics platform based on easy-to-use hardware and software. It's intended for a…